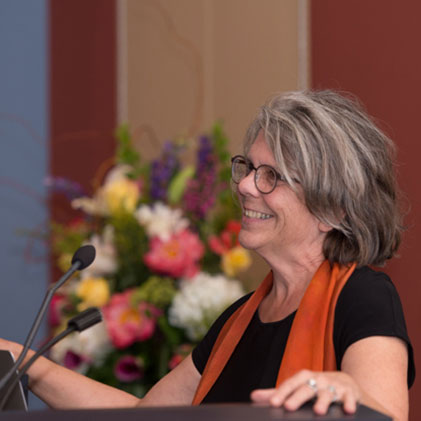 Lisa Balabanlilar received her PhD from The Ohio State University in 2007. The focus of her research is the Timurid-Mughal Empire of Central and South Asia, and her broader research interests encompass Islamic South and Central Asia, comparative imperial court culture, movement and procession, memory and identity, and early modern Islamic Empires (Ottoman, Mughal and Safavid). Dr. Balabanlilar's most recent book is a biography of the Mughal Emperor Jahangir, The Emperior Jahangir: Power and Kingship in Mughal India, London: I.B. Tauris/Bloomsbury, 2020. Her first book, Imperial Identity in the Mughal Empire: Memory and Dynastic Poltics in Early Modern South and Central Asia, is a study of the Central Asian legacy of the Mughal dynasty of India, was published by I.B. Tauris/Palgrave in 2012.

Dr. Balabanlilar's current book project is a comparative global study of imperial pleasure gardens, called, The King's Garden. She teaches a survey of South Asian History; a world history of Imperial Pleasure Gardens; as well as classes on Chingis Khan and Mongol Empire; Comparative Early Modern Islamic Empires; and research seminars such as Raj and Resistance: The Mughal Empire; and a history of world travel. She has been the recipient of several prestigious teaching awards:

Select and upcoming articles and chapters include: "The peripatetic Mughal Royal Court," for The Cambridge HIstory of Idia, v.1, Part One: The Mughals and their Worlds, 1520-1740, edited by Mrinalina Sinha, Prasannan, DAvid Gilmartin, publication 2021. "Mughal Women, the Imperial Household and the State," for the [Oxford] Handbook of The Mughal World; edited by Richard M. Eaton and Ramya Sreenivasan, currently in publication. "Mughal Mythical Ancestors," for Brepol Cursor Mundi Mystical Ancestry in World Cultures, 1400-1800, edited by Sara Trevison, publication in 2018. "The Begums at the Mystic Feast: Turco-Mongol Influences in the Mughal Harem," the Journal of Asian Studies, v. 60, n.1 (February 2010), pp 123-47.