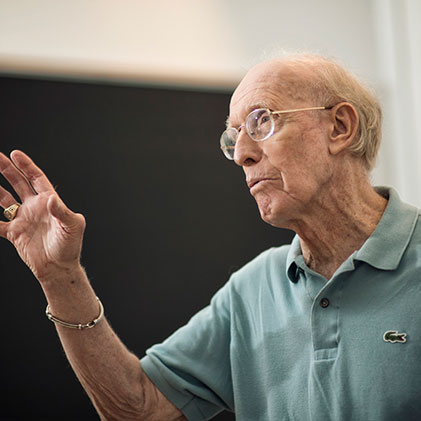 J. Dennis Huston, Ph.D., began as a professor of English at Rice University in 1969. He has won a number of George R. Brown teaching awards, the Nicholas Salgo Teaching Prize and received the 1990 Professor of the Year award from the Council for the Advancement and Support of Education and the Carnegie Foundation. In 1990, Houston Metropolitan magazine named him one of the Ninety Best Things About Houston. Over the past ten years at Rice he has taught humanities, drama, public speaking and Shakespeare on film, and he is the author of the book "Shakespeare’s Comedies of Play." Dr. Huston holds a PhD from Yale University.