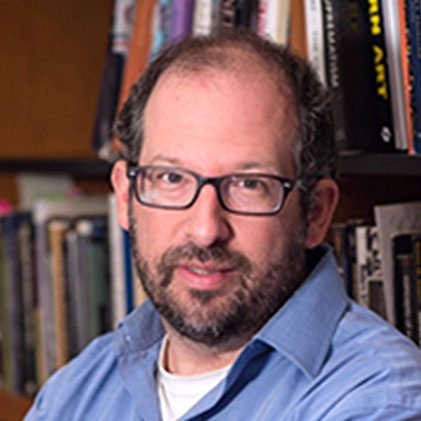 Leo Costello teaches eighteenth- and nineteenth-century European art. He worked for two years at the Museum of Fine Arts, Houston before coming to Rice in Fall 2004. His book, J.M.W. Turner and the Subject of History, was published in June 2012. This book examines the ways in which Turner's subtle and complex historical representations reveal changing notions of individual and collective identity in an age of both developing and fragmenting nationhood. Dr. Costello's work on Turner's Slave-ship was published in the literary anthology Discourses of Slavery and Abolition (Palgrave, 2004). He also contributed to the catalog for the retrospective exhibition J.M.W. Turner, organized by Tate Britain (2007). His article on Turner and the Royal Academy Varnishing Days appeared in the February 2010 issue of The British Art Journal and has essays appearing in the catalogs for the exhibitions "American Adversaries" (Museum of Fine Arts, Houston, 2013) and "Turner and the Sea" (National Maritime Museum, Greenwich, 2013-4). His essay on Turner and Thomas Cole appears in the anthology Transatlantic Romanticism (University of Massachusetts Press, 2014).

Dr. Costello's current book, Pictures of Nothing: Romantic Figurations of the Void, is perhaps best characterized as a materialist history of "nothing." That is, while Hazlitt's phrase about Turner's work ("Pictures of nothing, and very like") is often cited, it is rarely analyzed with respect to the concrete conditions which produced it and in which it gained meaning. This study, therefore, will address Romantic depictions of nothingness, absence, void and immateriality within related theological, socio-political and aesthetic/literary discursive networks.